The scramble for data centres

Data centres are booming: over the past decade, these energy-hungry facilities have sprung up across the globe as physical markings of cyberspace. Those in the business of operating data centres are in the midst of a buying and selling spree, and growing demand spells opportunity for new investors

Data centres, a somewhat obscure subject for the layman, are crucial for daily activities such as email, movie streaming and online shopping. Aside from people playing with their smartphones, the proliferation of data is also driven by digital innovations from bitcoin to self-driving cars.

There are millions of data centres around the world, the majority of these being small-scale, in-house server rooms that support a given business. But in recent years most companies have begun migrating to the cloud and outsourcing their data storage needs to big tech.

In what is known as the hyperscale segment of the market – massive data centres with hundreds of thousands of servers – there are estimated to be around 430 such facilities globally (around 40% located in the US), according to Synergy Research, which keeps track of the data centre industry.

Most of these facilities are owned by just a few dozen companies – the likes of Google, Microsoft and Amazon – which together are estimated to have spent around US$120 billion (£91bn €106bn) on data centres last year.

Take Google: its first data centre, opened in 1998, consisted of some 30 computers on shelves in a co-location facility in Silicon Valley. In 2006, Google opened its first large-scale data centre in The Dalles, Oregon, and it has since invested US$1.8 billion (£1.3bn €1.6bn) in the project. Google now has 16 data centres around the world, mainly in the US and Europe, with plans to build seven new ones in the US alone. A single one of these facilities can have the bandwidth to process a petabit – which Google says is more data than there is on the entire internet – per second.

And with over 400 of these behemoths spanning the globe, it is no small detail that large data centres can consume as much energy as mid-sized cities. One study by the non-profit Natural Resources Defense Council found that, in 2013, US data centres consumed the equivalent energy output of 34 large coal-fired power plants. Since then, according to McKinsey, global capacity is estimated to have grown by 10% per year.

In recent years, the handful of operators who dominate the global market for leasing data centre facilities, power and cooling have been on a mergers-and-acquisitions binge.

“There is a focus on consolidation amongst the data centre operators driven by private equity investors backing a buy-and-build strategy, which in turn is stimulating demand,” says Andrew Hornigold, head of client relationships for advanced manufacturing and technology at UK law firm Pinsent Masons.

The splurge has been global: Equinix, for example, has snapped up Telecity in Europe, Verizon in the US, Metronode in Australia and Bit-isle in Japan.

This has coincided with a series of telecoms companies exiting the capex-heavy data centre business, shedding their facilities from core operations to save on energy and real estate costs. A number of the largest US telecoms groups have offloaded data centre portfolios in recent years. In January, AT&T completed its sale of 31 data centres in a US$1.1 billion (£835m €979m) divestment, following on the heels of a US$2.3 billion (£1.7bn €2bn) sale by CenturyLink in 2017 and a US$3.6 billion (£2.7bn €3.2bn) sale by Verizon in 2016. 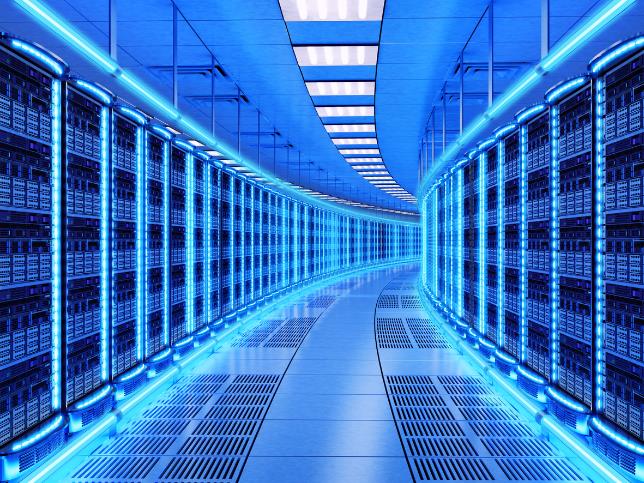 Given the capital-intensive nature of building data centres, developers have begun to seek out new sources of financing, including private equity, strategic investors and banks. Operators have forged joint ventures and leveraged their capital via off-balance-sheet asset financing.

One new pool of capital comes from specialised infrastructure investors – traditionally investors in transport and energy assets – who have increasingly crossed over into the telecoms industry, including cell towers and fibre optic broadband networks.

Yet infrastructure investors have been slower to enter the data centre market, being as they are more comfortable with 20-year government-backed contracts. Data centres, by contrast, entail commercial risk and wholesale contracts ranging from five to 10 years (retail is around two to five years).

French fund manager InfraVia Capital Partners, which considers itself a pioneer in the space among infrastructure funds, bought its first data centre operator, Etix Everywhere, in 2014. Its funds have since also acquired a Swiss data centre portfolio from Altice as well as UK-based Next Generation Data.

“Back in 2014, we were the first infrastructure fund to invest there,” says Vincent Levita, Paris-based founder and CEO of InfraVia. “Now we are seeing many more investors interested in the asset class, which makes the market more liquid and more dynamic.”

“We are seeing more speculative development. Groups are raising funds as they’re going through a project,” says Hornigold of Pinsent Masons. “There’s a weight of money looking for deals, willing to do more speculative investments.”

In another instance, EdgeConneX – itself reportedly up for sale – recently expanded its Amsterdam data centre near Schiphol Airport, securing project debt and an equity bridge loan from European banks ABN AMRO, ING, Santander and Natixis. Just three years earlier, the same facility had raised €290 million (£207m US$325m) in seven-year debt – one of the first major deals of its kind in Europe at the time.

The market is moving quickly, with lenders now willing to sign onto a deal to build a new data centre before the operator has secured an anchor tenant, which previously would have been a deal-breaker. Banks are prepared to line up 10-year credit lines rather than wait to undertake the slow-moving process of traditional project financing. Moreover, institutional lenders, traditionally perceived as more conservative than banks, have also entered the fray, putting competitive pressure on banks.

Market players stress the speed and flexibility that is necessary in data centre financings, in contrast to traditional infrastructure deals.

“It’s a rapidly developing market and success is based on how quickly you act,” says Marcus Kleiner, head of infrastructure at Hamburg Commercial Bank, a first-mover among European banks in the market. “The sector has exploded over the last few years and institutional money now has a lot of appetite for it.”

While not very complex from a construction point of view, finding a suitable site for a data centre – which meets power, cooling, land and connectivity needs – can be difficult, especially given the high demand.

A major challenge is getting access to cheap power, as data centres are energy hogs. Whereas the lease agreements for data centres were originally based on square footage as in real estate, they have shifted to power pricing as the market has evolved, with wholesale prices running at around US$130-170 per kilowatt (a megawatt supports around 4,000 servers).

“Securing power for new data centres is a key challenge, with power networks close to capacity in some of the key European markets, leading to delays and putting a premium on having secured power,” says Bradley of Macquarie.

Reflecting the surging levels of demand, the US market contracted 775MW of new data centre capacity in 2018 (including 270MW in northern Virginia), while London (69MW) and Frankfurt (46MW) were also among the biggest markets of the year, according to a research report by CBRE.

In Ireland – a major data centre market that has gone from just a few facilities to around 50 in the space of a decade – data centres use up 8% of the country’s electricity generation. A single 205MW project planned by Amazon would require another 4.4% of generation, and the country’s grid operator EirGrid predicts that data centres could account for 31% of power consumption by 2027.

For these reasons, data centres have become a major part of the renewable energy equation. Ireland, for instance, has struggled to catch up with EU renewable energy targets, a problem which could cost taxpayers tens of millions of euros in fines.

Globally, according to the Storage Networking Industry Association, around 5% of energy globally is currently used for electronics – this figure is predicted to grow to 40% by 2030.